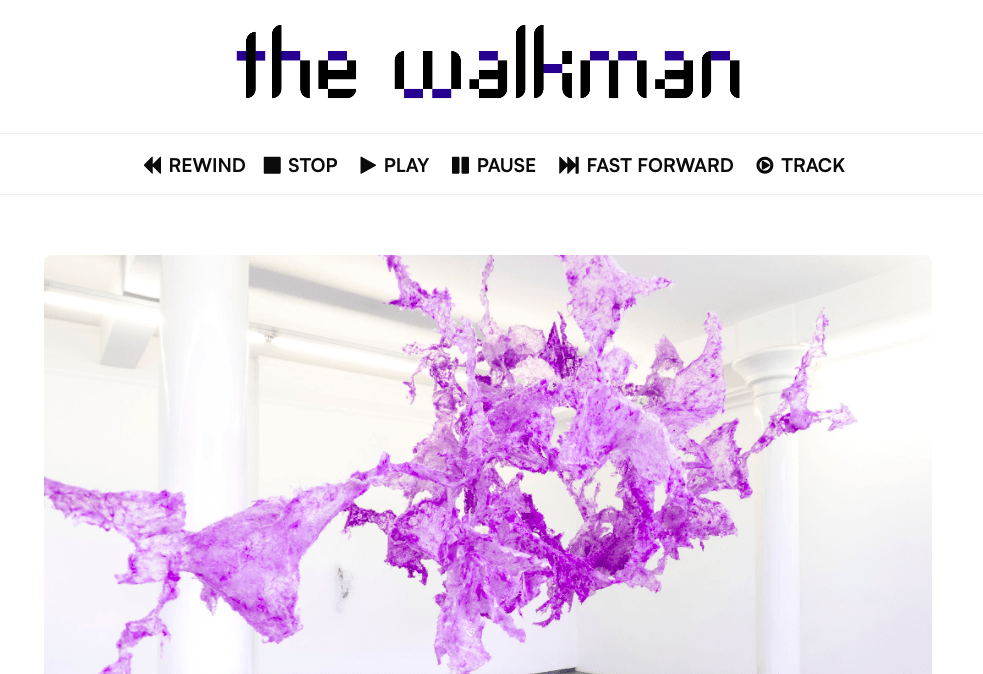 The biological process, started 1974 in Ukraine.

I do not ask you how to define your art, I rather ask you if it is possible to define it.

I think it might be possible. How subjective/objective the definition will be, stays open to observer. Anyway it has a name: bioism.

What is your path and how did you understand what the founding philosophy and research were? Which aspect of life fascinates you the most?

At the beginning of my artistic life drawing and painting were extremely   important – and I still spend most of my working time in these two realms. At first I looked upon sculpture as something inferior and defective. Then, through experimentation in painting, I gradually passed over into the three-dimensional, but I was aware from the start this wasn’t a license to create dull, conventional and closed forms. It was of crucial importance that the seemingly weightless color floating in the air should unfold in a complex morphology, in which   concave and convex elements will enter into a dynamic and, if possible, transparent alternation and generate an impression of fluid-pulsating motion and vitality. At the same time, this posed the great philosophical and scientific   question: ‘What is life?’

This obviously moved me toward biology and life sciences with their ethical quintessence of bioethical abolitionism upon which I develop each artistic  project. For us, human beings happiness is biologically conditioned. So far science has identified several types of messengers (popularly known as   ‘happiness hormones’) and it’s already possible today to significantly control our daily well-being by medication. But the far greater goal of the adepts of bioethical abolitionism would be the total liberation from suffering of every description and the resultant creation of a completely new human species. This can take place only at a multidisciplinary level.

‘Bioism’ is my personal statement and manifesto. The aesthetic characteristics of bioism trigger a flood of associations in the realm of nature, biology and the organics, but possess no specific models in the environment. Because this is a conceptual and creative invention, and also a new, bio-futuristic artistic orientation; bioism serves as a utopian model for new, thought-up life forms. It is a manifestation of ‘the invention of form as being’, the creation of not only new, auratic and singular aesthetics, but also of a completely new future-oriented overall identity.

Personally, I believe that in the future, in the wake of a biological revolution, we will use living furniture, dwell in living houses, and travel in space using living stations. But the most exciting thing will be the ability of artists to work with living substances, thereby constructing new forms of life. The artistic act will acquire the practical sense of birth. Fantastical might be reactions of art object to its creator and surroundings.

We may create an even higher being, a super-organism or a new deity.

What’s your vision of the museum of tomorrow? And above all, what is your idea of ​​the spectator, of the user? Do you see him as a client of the museum, as a person who lives your works in everyday life or as a figure who exploits them for their aesthetics?

Art museums of the future could turn into zoological gardens, galleries into new life diversity funds, ateliers into biological laboratories.

Paradise engineering should be an epiphany of new bioethics. Thus the spectator will be a kind of Homo Creator in Elysium.

The museum today registers a renewed turnout. But how much is the viewer really aware of the content and how much does he go to the art dimension because he is more and passively informed on the one hand or interested in showing his participation in this dimension through social networks on the other? What role do social media play in this historic moment for art? And for yours in the specific?

Endless years of evolution made us super-social in order to survive and dominate – and social media is simply sets this deeply rooted human behavior into overdrive. The big question is how much of that attention to the visual attractions of the swarm will transform to the serious and individual philosophical search. No one seemingly knows, except the society as an organism itself. I think it has a kind of self-regulation, which allows only limited percent of humans pursue very special intellectual goals.

Moreover, all living species successfully developing while seeking, sharing and learning information from neighbors. As part of this learning, humans intensely and permanently compare themselves to each other. It means each viewer in the museum basically updating its own universe with numerous visual, social and theoretical patterns. Anyway.

What advice to a young boy of the new generation who wants to embark on an artistic journey as an actor and not as a spectator?